Winds of change: are you prepared? 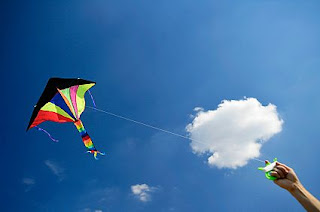 As BlueChip took its place at last week's FSC Conference, there was a feeling in the air that made me sit up and take notice. Something was markedly different. There was a freshness whipping through the rooms, circling attendees and entwining itself in the presentations. And, as quickly as a cold wind slaps you in the face, it hit me: the financial services industry is finally getting involved in the online conversation and embracing social media.

The twittersphere was the strongest, most consistent breeze. Personalities such as Conference MC Tracey Spicer (@spicertracey), Liberal member for Bradfield Paul Fletcher (@paulwfletcher) and media representatives including The @Australian's national affairs correspondent David Crowe (@CroweDM) and trade media Money Management (@moneymanage) exchanging thought-provoking comments throughout the three day event. Conversations were abuzz with even the FSC's own mascot @RegTheFSCMascot, christened by BlueChip's own Bruce Madden (@madd_23n), getting involved in the action.

The conference included not one, but two, sessions on social media - unheard of for an Australian financial services conference up until now. However, the appetite for such discussion was such that both sessions attracted big crowds.

The second #socialmedia event at #fscac took place centre stage with Rohan Lund (@Rohanlund) of Yahoo!7 highlighting the overall importance of financial services coming to meet the rest of the world in the digital world. Lund also focused intently on the real advantage wealth management businesses have in this space given their access to relevant data and customer bases.

The chatter on Twitter, discussions at the social media presentations and even the conversations that followed, highlighted that, while the financial services industry is still lagging behind most in Australia, interest is certainly building.

As noted by Financial Standard (@FinStd) via Twitter during the conference, people were not raising hands for social media a few years ago, but industry leaders now seem to understand that it is not a fad, but the future of your business. How could it not be? It's the fastest and surest way of connecting with your audiences whether they be advisers, HNW investors or consumers. And if the FSC conference is anything to go by, the social media storm is brewing fast and ready to hit. The question is: will you be ready?

Aideen McDonald is an Account Manager for BlueChip Communication
Posted by Unknown at 4:23 PM