Gold, gold, gold for social media strategy? How the IOC blew the heats, missed the final 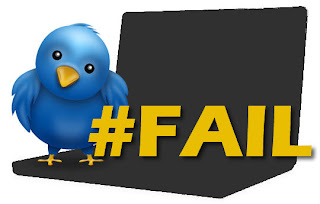 Dubbed the first 'social media Olympics', it appears that it was understood, at least in theory, that London 2012 would not be immune to the popularity of social media. Social media was seen as a whole new way to hard wire the world direct to the happenings on the court, field and pool.

In spite of this, I don't think anyone was prepared for the huge role social media would play during the Games. Least of all, the International Olympic Committee (IOC)!

It was evident within the first few days of the Games that the IOC had failed to 'get' social media, how it is used and its growing importance in feeding the conversation in both on- and off-line worlds.

From fantastic ... to fail

To put it frankly, the IOC did a terrible job of managing the Olympic brand in social media. As a result, the concept of combining the social media and the Olympics quickly turned from fantastic to fail.

The wave of complaints and uproar saturated the social sphere quicker than you could click a mouse. The repercussions were not just (immediately) evident for the 500 million people on Twitter but rapidly filtered through to traditional media, too.

The online disaster ensured that social media was still a significant feature of the Games, but in a way most brands / organisations would prefer to avoid.

From the restrictions made on the athletes that prevented them from promoting sponsors on their social media platforms to the blame game that was put on fans for jamming networks because of excessive tweeting and posting about the Games (Mark Adams of the IOC even suggested, "perhaps they [spectators] might consider only sending urgent updates [on Twitter]." Hmmm... ). It was painfully obvious the IOC had little-to-no understanding of social media platforms and how their audiences engage with them - and each other.

If we think of the Olympics as an organisation and the athletes and spectators as its brand ambassadors and advocates respectively, then you can start to see how the IOC actually did itself a disservice by trying to stifle their voices. Asking them to limit usage and placing restrictions on what they post about, is not only disenfranchising them from the brand / event (and making them irritated in the process). It's also saying no to exposure that is not only highly effective but also free.

Where did it all go wrong?

The IOC's lack of understanding about how social media works led to a failure to produce a workable social media strategy. Note here the operative word is 'workable', because the fact that the London 2012 social media guidelines and rules ran to a hefty number of pages has been widely publicised.

The lesson here is that creating a workable social media strategy requires a deeper understanding of social media than just applying rigid and 'old school' media and sponsorship conventions, which appears to be what the IOC did.

Whether you're thinking about dipping your toe or jumping head first into the big online universe, it pays to do some work upfront. Audit, test, look at case studies and consult with experts about what social media is, how the platforms differ and align and, importantly, feeds into conventional media. Ask for expert help in facilitating some training if you need it.

From there, you'll be well placed to develop a WORKABLE strategy. It doesn't have to be complicated. It's about understanding what you're trying to achieve (goals and objectives), who you're trying to talk to (audience) and how to reach them (channels / platforms). Not having a strategy means you are perpetually running in crisis management mode and can mean the difference between protecting and promoting your brand reputation and damaging it.

In short - between claiming the gold - or not even making it into the finals.

Valentina Ciampi is a Senior Account Executive for BlueChip Communication
Posted by Unknown at 4:42 PM