How fintech stirs us: lovers, haters and sceptics 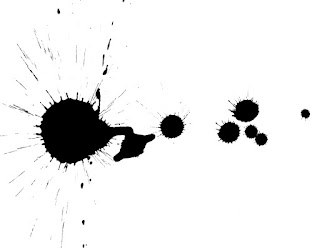 “Fintech. Fintech. Fintech.” It’s childish I know but, like my eight- year-old practising his swearing, I’m just going to get it out there. Simply repeating the word is going to irritate plenty of people. Why? Because it’s become the Rorschach test of our times and industry. Here’s how.

Right up there next to “robo advice”, the word “Fintech” polarises people.

In my experience, senior financial services executives react to fintech both rationally and emotionally. It’s the second half that’s really interesting.

So, to the lovers – as exemplified by Rob. He’s a senior executive in an unnamed ‘big 5’ financial services institution. He isn’t actually in fintech, he is a keen observer of the sector ­– for good commercial reasons.

First, he sees the disruptive plays emerging in Australia and offshore as a serious competitive and strategic threat to his own business. Second, he’s curious about the fresh thinking, innovation and potential for disruption inherent in the best emerging financial services technology businesses. A little of that, over here, would be helpful, Rob thinks. Finally, he sees an opportunity to learn to evolve his own business from these players.

Mark Zuckerberg didn’t invent online social networking, but he sure did make it scale. Rob, while working within the constraints of a behemoth, can see opportunity and threat, and wants to be part of the action: driver, not passenger.

Now to the haters. “Haters gon’ hate”, as they say. It’s a strong word, hate, and it’s hyperbole to say it applies to many. However what I do hear is intelligent, seasoned and normally rational leaders in financial services calling BS on fintech founders, hubs and the broader, albeit emerging, ecosystem.

These people (let’s call them “Fiona”) might be in a sales-oriented organisation where personal relationships or deep domain expertise drive long cycles enterprise sales. They think they are undisruptable. (Too big to fail?)

They forgot about what LinkedIn did to recruiters and Uber has done to the taxi and hire car industry. The new players didn’t kill the traditional model per se but they did kill the ones who didn’t get with the technology. And they sure did smash margins.

Ok, now to the sceptics. Let’s meet John, a.k.a the CEO who told me: “Twitter will never matter to my business because we’re institutional” in 2012. Then said in 2014: “Twitter is the best source of news I have. We think it’s got great potential for our own communication”. John is actually many different people, in many different businesses. But the common thread is this: I’m not buying into the buzz purely because it’s buzz. And therefore just a flash in the pan.

Oh John! Do you remember the “buzz” about digital??? Because that sure didn’t take off … Not. To John my message now would be as it was about Twitter in 2012: “Things are going to happen whether you believe in them or not. So now’s the time to make a call on how you’re going to deal with it.” What is fintech anyway?

Which brings us back to the buzz at hand, the mashed up word fintech. It’s defined variously, but the version I prefer is this, from a Wharton student:
Fin·Tech noun: an economic industry composed of companies that use technology to make financial systems more efficient.

And that, dear colleague, is why it’s an ink blot test. Because by definition fintech changes the status quo. Which we find exciting. #loversnothaters

The first fintech launch I did was in 1997, when I worked for one of those Big 5. It was bad, very bad. The technology was ghastly, it relied on mobile dial up (don’t even start me), and it cost a mind boggling amount of money for something a 10-year-old can now do. I wanted to dig a hole for myself at the media briefing and quietly die. No such luck.

Two weeks ago, by contrast, I chaired the Q&A at the OnMarket BookBuilds media conference where the Prime Minister, Mr Malcolm Turnbull, launched the world’s first mobile application enabling retail investors to buy directly into an IPO or placement. It was an extraordinary moment. The leader of our country showing up for financial services industry innovation, a fair go for investors and the – get this – disruption or increased efficiency of capital markets.

In a few weeks we’ll launch another fintech brand with real potential to shift the game for Australians who want financial advice. Without an adviser. Some will call it robo advice (it’s not), and many will be really annoyed.

The “so what”? My point is this: hating won’t hold back the tide. If we want to evolve our businesses we’d better be watching the people who are going to disrupt the entire value chain. So we can evolve, not devolve, or just disappear.

Be we fintech founder, avid internal change agent at AMP, CBA, ANZ, nab/MLC or BT/Westpac, or a fund manager serving large super funds, there are lessons aplenty from the fintech sector. Some of those will be what not to do. Some might be about how to disrupt traditional structures, give people better financial futures … and make a motza while doing so.

Lots of senior people in financial services understand this. Our BlueChip fintech map has been the single most popular piece of content we’ve put out in our firm’s history. Based on that, I’d say there are more lovers out there than haters. So, as I asked John back in 2012, how are you going to deal with it?

Posted by Unknown at 2:54 PM No comments: