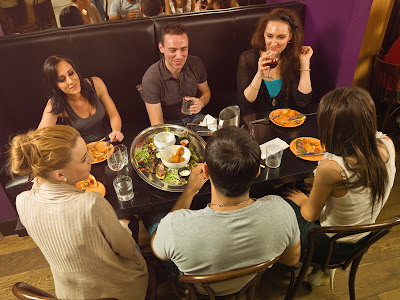 Did the headline of Monday's AFR, 'Word of mouth trumps social media' send marketing folk seeking out recommendations on the best word-of-mouth agency? Questioning whether Twitter might just be an ivory tower containing only a few of their most vocal target audience? Wondering whether the high production value of the clip on socionomics might have contributed to a misguided leap of blind faith? Or, did it have them doing as I did, Googling word-of-mouth (WOM) marketing and seeing what insights traditional, online and social media as well as wikis and websites could reveal about this underground speciality?

I recall WOM fighting for share of PR budget a few years ago, rather than being seen as a discipline in its own right. Social media, by contrast, could swallow up to 17.5% of total marketing spend over the next 5 years, up from the current 7.1% estimation, perhaps because, unlike WOM, it's quantifiable and its reach on numbers alone, is vastly superior.

Australian agencies emphasise that they don't pay the people on their database to spruik products to their networks. They just give them free stuff on the basis that these people possess a voice. Does their status as Citizen Smith rather than a media personality or celebrity neatly side step the classic 'cash for comment' accusations made famous years ago by Lawsy and more recently the SA Tourism Commission's Kangaroo Island campaign?

Andy Sernovitz's Word of Mouth Marketing: How Smart Companies Get People Talking, endorsed by Seth Godin offers some great tools to get started in word of mouth.Sernovitz suggests starting with the basics: "a clever product name, a special service, a choice of uniform, a well-worded email, or being a little bit nicer to your customers". The stand out here is that nowhere does he mention giving free stuff to people on a database in exchange for chat. By all means, share a good experience over a coffee or on your Facebook status. But talking up a wine sent to you by a company that's being paid to have you talk about it? I'm not so sure. Because once consumers find out that recommendations aren't entirely as independent as they thought, the danger lies in them quickly losing respect for your brand, product or service.

As the SA Tourism Commission discovered to its peril, conversation on social media has a pace which makes the Hush Puppies epidemic referenced in Malcolm Gladwell's seminal book The Tipping Point seem slow. And, as targeting and reach continue to improve day by day, if not minute by minute, it seems clear to me that social media wins.

Sophie Halls Anning is BlueChip Communication's General Manager
Posted by Unknown at 9:34 AM