Superannuation: governance and competition failing us? 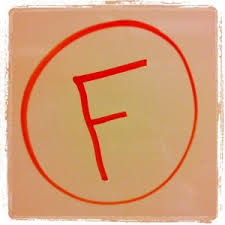 "We worked very hard in the FSI to not base our decisions on personal experience. But let me tell you one..."

So started a dyspeptic and damning summary of the super system as seen through the eyes of Financial Systems Inquiry Chairman, former CBA CEO, inaugural Chairman of the Future Fund Board of Guardians and now Credit Suisse consultant, David Murray.

Murray proceeded to tell delegates at the FSC Annual Conference this afternoon about his daughter's experience on entering the super system as a casual employees.

In a nutshell it was this: she joined the fund without knowing about it, she was paying insurance premiums she was unaware of it. And she found herself, ultimately, "booted out" of the fund because her savings had been eroded to zero by insurance premiums.

Stepping back from the personal to the macro view, Murray was clear that, in examing the super system, the FSI "found no evidence of a competitive system". Fighting words.

How would we know a competitive system if we'd found it, asked Murray, rhetorically?

We'd see choice, freedom of entry and exit and a lack of information symmetry.

In a damning assessment of super, Murray suggested our super system is far more admired offshore than it deserves.

Governance, and remedies for not meeting governance standards, should be lifted. His general tenor was that super is not competitive, and we need to lift our game.

Murray, of course was also the inaugural Chairman of the Future Fund Board of Guardians. And guard they do, based on Murray's quick relating of the level of governance and the penalties Guardians may face if they don't come up to scratch.

Board members at the Future Fund must make a declaration of interests, including all financial affiliations dating back some three years from the date of the declaration. If you fail to make a declaration that every other Board member has seen, and witnessed, and you're found be in breach, you're open to criminal, not civil proceedings.

It's a high risk game - as it should be when you're responsible for decisions involving other people's money.

"You have to ask, who stands to benefit from opposing independent directors on super fund boards?"

Why is Murray so vehement? Murray's personal view is that the arguments around governance have devolved into what he calls "very silly suggestions".

If the super system is to be of any value to us, says Murray, we need a transparent evolution.

A Board skills matrix, assessing current and future requirements can enable super Boards to set out proactively to find the skills needed to best serve members best interests. In contrast, perhaps, to a limited pool of candidates who happen to have some alignment to a related union or employer.

Further she said, it makes sense than super find boards should reflect the standards expected of their investee companies.

What of the member?

Independence doesn't equal governance, says Fox. So what about the rights of members? Currently, with no significantly say in the governance of their funds, are they left out of the governance conversation? Not okay, says Fox.

She's right of course. But surely the question then becomes how on earth to get them to understand the issues and have a well-informed and effective voice?